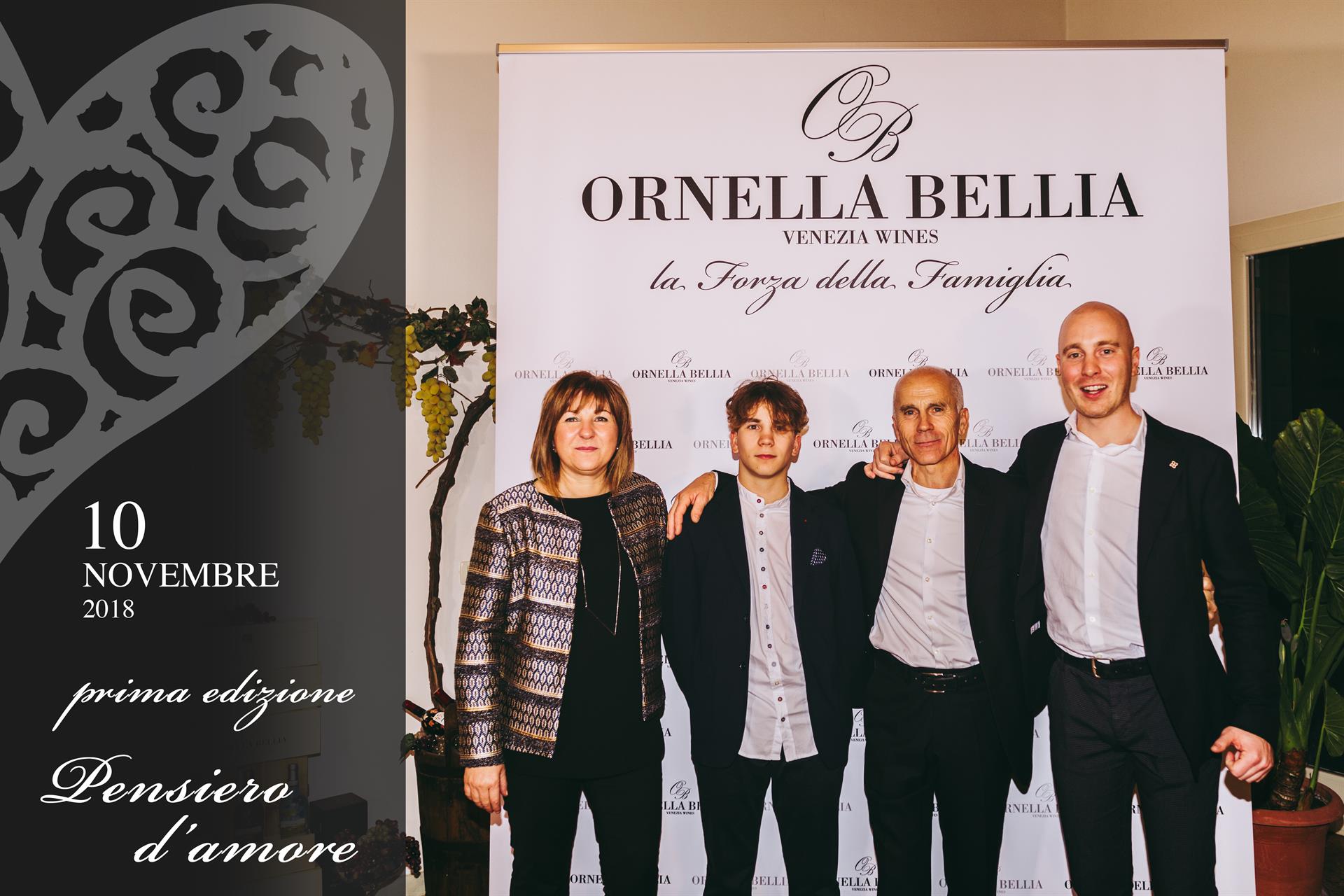 
More than one year ago we decided to produce our first raisin wine and in the meantime, the thought to be able to make with the wine making passion of our family, the possibility to help who was less fortunate, it became stronger and stronger.

We felt the need to make our work a possibility of giving, as well as a glass of wine linked to the territory with its traditions, even simple but important feelings such as LOVE.

Thus, was born the idea to organize a special event to introduce our new raisin wine that was a THOUGHT OF LOVE, more exactly, a gesture of SOLIDARITY towards who is less lucky and a THANKS to who, with his own ideas and dreams, has given us a better world.

And thinking about it, on this first occasion it was right to thank the persons who, in the most different forms, have contributed to the growth of our reality.

Saturday 10th November, the elegance of Franca Rizzi have officially inaugurated the FIRST EDITION of THOUGHT OF LOVE.

Characterized by different moments, starting from the beautiful dishes proposed by the young students of the Institute LEPIDO ROCCO of PRAMAGGIORE coordinated by Professor STIVENS MAZZUI, then with the Professor PASQUALE CARBONELLI, teacher at the same Institute who, for the occasion, presented his cookbook expressly realized in combination with the most representative wines of our company illustrated by an expert such as CRISTIAN MAITAN , maître of the well-known NEW RANCH restaurant in Ponte di Piave and BEST SOMMELIER 2018 of the VENETO Region.

The official presentation of PENSIERO D'AMORE, the first sweet wine obtained with the INCROCIO MANZONI 6.0.13 together with MAL, which with its unmistakable voice and its big charm still today, sung its homonymous song in the course of the evening, letting some tears of nostalgia and romantic emotion descend to those who remembered, for a moment, those marvelous years.

The delivery by our family of a work of the artist NICOLA GROTTO to VITTORINO OLIVIERI, a person who was always stood by us from the beginning to our company, contributing, with his passion and his enthusiasm, to the growth of our company and now with the realization of this raisin wine able to be in solidarity with the CASA FAMIGLIA SICOMORO of PRAMAGGIORE.

Our goal was to be together with many of the many people, somehow, are part of our family.


To them we say our thanks throughout our PENSIERO D’AMORE.
Ornella, Patrizio Andrea e Matteo
.


OUR COMPANY FOLLOWS THE CURRENT REGULATIONS

Our wine shop will be closed until new regulations on the matter.

FOR SAN VALENTINO... GIVE YOURSELF A WINE-TASTING