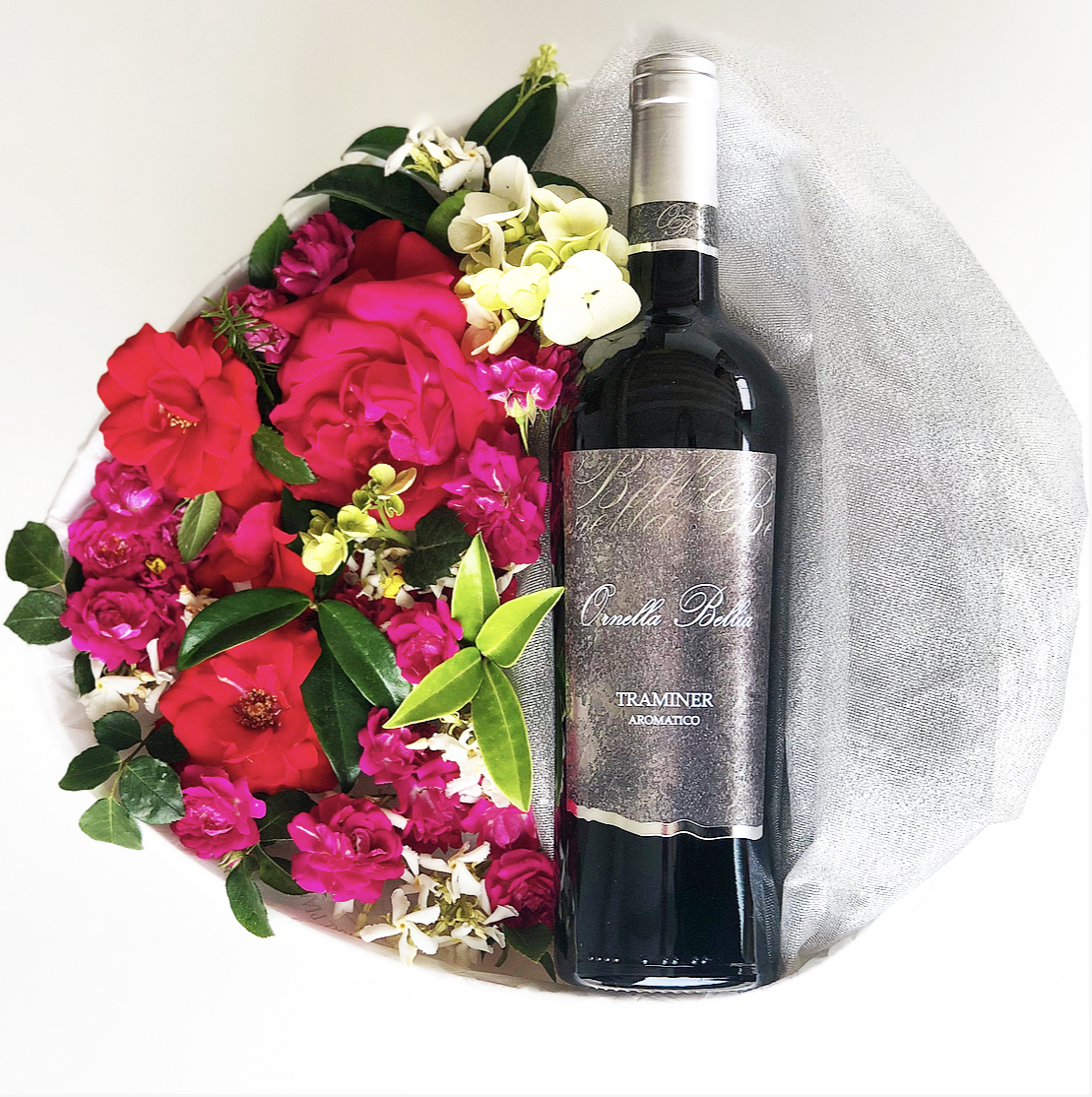 The result of long research in both the vineyard and winery , Ornella Bellia, capitalizing on her experienced team of agronomists and oenologists and the excellent pedoclimatic conditions of the selected plot of land, has succeeded in recreating the elegant and authentic aromatic notes which characterize AROMATIC TRAMINER.

Having always been an award-winning white wine at both national and international levels, it stands out for its longevity, which guarantees its being wonderful to drink even after many years as it gains in complexity without losing balance, freshness and elegance.

Its characteristic varietal aromas make it unique and eligible to fall into the category of the first grapes that every wine taster is expected to recognize. Originally produced in Alto Adige, it achieved huge popularity and considerable fame in Alsace and the Palatinate, two regions where high-quality aromatic Traminer is still produced to this day.

The original name of aromatic Traminer is GEWURZTRAMINER, which is due to the strong presence of the German language in Alto Adige.

The first part of the term "GEWURZ" comes from German and means "SPICE", but in this particular case it refers to the “wine aromatization” , in fact, this is quite an aromatic wine. The second part of the term comes from the German word "TRAMIN", that is to say, "TERMENO" in Italian, an Italian municipality in the province of Bolzano in Trentino-Alto Adige.

An important innovation, also from a graphical point of view: the label looks exquisite in its details, with a modern and immediate effect. The eye is caught by the
METALLIC COR-TEN effect, which remains suspended in time conveying elegance and a young and stylish character.

GIVE THE PLEASURE OF WINE FOR CHRISTMAS

DISCOVER ALL OUR PROPOSALS AND CHOOSE THE PERFECT GIFT FOR CHRISTMAS

Christmas is just around the corner, and like every year we would like
to choose the right, customized, non-trivial or expected gift.

AUTUMN HAS ARRIVED AND SO HAS OUR WINE NOVELLO.

A MODERN MALBECH WITH AN UNCONVENTIONAL STYLE FROM THE NEW 2019 VINTAGE.

OUR COMPANY FOLLOWS THE CURRENT REGULATIONS

Our wine shop will be closed until March new regulations on the matter.

ON VALENTINE'S DAY, TREAT YOURSELF TO AN EXPERIENCE